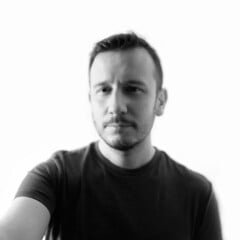 I am an Architect, Illustrator and 3D Artist. After some years working as an architect in different practices, I switched to the 3d animation industry, and currently I work as a Rigging Artist at Skydance Animation. I have also participated in character modeling/texturing competitions (ZBrush) winning the First Prize of the "Humans vs. Humanoids" contest held by 3dconceptart.com (2015), with my creature "Corfos", and also the First Prize in the Speedsculpting contest on the IAMAG Master League in Paris in 2016.